This is some of the best new jazz I have heard in a long time! Check it out!

Listen to the 60 Second PROMO

I had the honor of attending the Grammy Awards back in 2010...but the show that gets televised with all the publicity does not include the Jazz Award winners. However in 2022 a Jazz Artist actually won the Album of the Year award so he got to be on stage - front and center.

Jon Batiste won for his album "We Are" and beat out Taylor Swift, Justin Bieber, Kanye West, Olivia Rodrigo, and Billie Eillish! Here is his acceptance speech:

His winning album may not be considered jazz so much, but you may not know that he also won an Oscar in 2021 for Best Music, Original Score for the animated movie "SOUL." And that certainly was about jazz! I've included some of those tunes tonight as well.

Here is the playlist for the show: 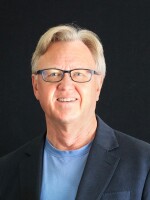 Rich Rector
Rich Rector is the host of Rich Tones Curated Jazz. A one hour journey into the wonderful world of jazz music.
See stories by Rich Rector

Rich has been around music all his life. His dad had a swing band in the 1940’s and played saxophones and clarinets. Rich played one of those clarinets in grade school band, and also took up the guitar in high school. But never was a jazz player. Instead, he listened! RichTones Curated Jazz on KPCW gives our listeners a new perspective on jazz.

While attending Stanford University Rich's roommate, Ian McIlraith, was a jazz saxophone player who was familiar with many jazz players and songs. Ian really educated him about jazz; he taught him how to listen closely for different artists’ playing styles and he introduced him to the classic jazz standards.

He honed his listening skills by attending many concerts and jazz festivals. Some of the people and places Rich remembers are Mike Stern at The Regatta Bar at the Charles Hotel in Cambridge, MA; Milt Jackson at The Lighthouse in Hermosa Beach, CA; Bill Frisell at The Blue Note in NYC; local combos at The Green Mill in Chicago; and The Blue Room in Kansas City’s Jazz District, just to name a few. In addition, Rich was able to see performances by Chick Corea, Gary Burton, Pat Metheny Herbie Hancock, Miles Davis and many more.