In this weeks This Green Earth , Nell and Chris sit down with ProPublica investigative reporter Mark Olalde who shares how, for the first time, ProPublica has cataloged cleanup efforts at more than 50 sites where uranium was processed to fuel the nation’s nuclear arsenal. (01:33)

Even after regulators say cleanup is complete, polluted water and sickness are often left behind.

Blair Stringham has worked for the Utah Division of Wildlife Resources since 2004 as a Waterfowl Technician, Sage Grouse Biologist, District Biologist, Migratory Game Bird Program Coordinator, and Assistant Section Chief. He currently oversees the management of waterfowl, cranes, band-tailed pigeons, crows, and doves in Utah, and assists with the management of the Wildlife Section for DWR. 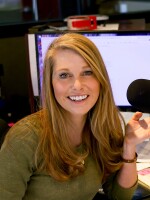