Local News
Park City
Everything to do inside of Park City proper.

Park City Staff and Park City Institute asked council at their meeting on the 19th to not put off their decision regarding staff’s and the Institute’s request to change the Big Stars Bright Night series venue from the Quinn’s Recreation Complex to City Park.

Council agreed to schedule a special meeting but wanted more public outreach before they decided anything. Mayor Andy Beerman and pro tem council-member Nann Worel were not present at the meeting. Council member Becca Gerber acted as pro tem. Members of the community showed up for the special meeting on Friday but only a few shared their concerns.

Kimball Art Center Senior Director of Marketing and Communications Amy Roberts told council she was in support of the event but requested the event start at 7:00 pm rather than staff’s recommendation of 6:00 pm.

“On the night of August 5th in particular that is the one that we’re most concerned about given that is the end of the Park City Kimball Arts Festival. We do request that the concert not start until 7:00 pm and we support the move with that time start in mind.”

Tom Hurd has lived in Park City since 1974 and said enough is enough.

“Park City has become a little circus town. There’s something going on all the time. We have too much too many activities and I think we’ve got to slow it down.”

Peg Bodel lives on Woodside and says she sympathizes with the hardships the institute has experienced since losing their venue at the Deer Valley Resort.

“Let’s see how it works, lets try and make it happen. Eventually, I would love to see it happen at Park City Mountain Resort. That’s just me, I would like to see them step forward and help these folks out and make a permanent venue for them like they had.”

After hearing from the public, Council Members had a chance to share their thoughts and concerns.

Council member Tim Henney says he has friends who live around City Park who are not in favor of the summer series, but he’s inclined to support it.

“I just want to say, we are balancing. It is not a clear-cut decision. There are great reasons to honor the requests of the impacted neighbors in that neighborhood. There are good reasons on both sides of the equation.”

Council member Lynn Ware Peek had a favor to ask the community at large.

“I would say to the public to be very respectful of this neighborhood. To don’t do that thing where you know you have your secret parking spot and you’re going to do it anyway. Walk, take the bus, bike in, pull your party wagon.”

Council approved the change of venue to City Park but maintained the concerts needed to continue to start at 6:00 pm. 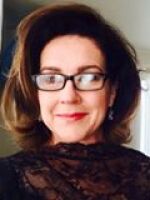