Local Journalism When It Matters Most. Donate Now.
Local News

It was a wet and rainy week for high school football across the Wasatch Front and Back with most schools finishing off the regular season.

Park City was on the road this week to play the Skyline Eagles in Salt Lake. It was a rainy, mistake filled Friday night for the Miners in a defensive battle against the Eagles. The mistakes started early with Park City fumbling the ball on the opening possession, which Skyline took advantage of and scored a field goal, which for most of the game, were the only points for either team. Throughout the first half neither team could get anything going with turnovers, and penalties plaguing both teams. After the half, Park City’s troubles continued with multiple interceptions, and fumbles throughout the third. In the fourth, Skyline was able to take it in for a 60-yard passing touchdown to make it 10-0 with 3:10 left to go. After a nice kickoff return, Carson Tabaracci and the Miner offense were able to get down the field to score a touchdown with 1:17 left in the game, but the Miners missed the extra point. The Miners lose on the road 10-6 in their final game of the regular season.

Park City falls to 4-5 on the year. As of this report, the Miners have next week off, and if after the end of next week are 24th or higher in the RPI rankings, Park City will play in the playoffs starting on October 22nd at 6pm. KPCW will bring you all Park City playoff games.

It was an offensive shootout in Heber, as the Provo Bulldogs came to town to take on the Wasatch Wasps on Senior Night. Provo started off the night scoring early in the first quarter. Quarterback Quezon Villa connected with La’a Kalama for the Wasp’s first points of the night. The Bulldogs then responded with 2 unanswered touchdowns in the second. With six seconds left in the first half, Villa and Joshua Sanders connected for a 50-yard pass to score to tie the game going into the locker rooms. After the half, Villa and Sanders connected again for two more touchdowns, including a 95-yard touchdown pass, to bring the score to 35-21 at the end of the third. Provo responded with a touchdown with 11 minutes left in the fourth, but Wasatch responded right back with a rushing touchdown and a field goal. Provo tried to make a comeback with two back-to-back touchdowns late in the game, but it was not enough. Wasatch gets the win at home for the final regular season game, 45-41.

Wasatch improves to 6-2 on the year. They have next week off and will start the playoffs on the 22nd.
The Braves traveled north to Randolph to play Rich High School in an early Friday afternoon game. North Summit entered Friday looking to improve to .500 on the year, with the Rebels looking for their first win of the season. Kandon Mosher for North Summit started the scoring with a rushing touchdown. The Braves went for a two-point conversion to start the game and made it to end the first quarter 8-0. The Rebels wanted some of the action and scored two touchdowns in the second, missing the extra point for the first touchdown, and made the two-point conversion on the second. The Braves snuck one more score in before the half with quarterback Jake Smith taking it in at the goal line, to head into halftime 14-14. In the second half, it was all North Summit, with Kale Hobson scoring a rushing touchdown in the third. In the fourth, Smith scored another touchdown from the one, and Ryker Johnson scored on a passing touchdown to finish off the Rebels, 35-14. North Summit improves to 4-4 on the year.

The Braves are home next Friday for their final game of the regular season, where they will take on the Duchesne Eagles.

South Summit traveled to rainy Salt Lake on Thursday to play the Judge Memorial Bulldogs. The Wildcats and quarterback Kyler Sudweeks entered the game looking to continue their perfect season, with the Bulldogs looking for their first win of the season. South Summit continued their dominance this season with Sudweeks connecting with Calaby Thompson for two touchdowns, and Ricky Perez for a touchdown in the first quarter alone. To finish the first half, Sudweeks took it himself for a 13-yard rushing touchdown, and Treyton Sargent took it home for a 56-yard rushing touchdown to end the second quarter and the first half. The third quarter was a defensive one, with neither team scoring. In the fourth, Sudweeks connected with Perez for another passing touchdown, and to seal the win, Sudweeks took it to the endzone for a 27-yard rushing touchdown. South Summit gets the win and the shutout on the road, 49-0.

The Wildcats improve to 9-0 on the year, and second in the 2A RPI. South Summit is at home on Wednesday to play Providence Hall from Herriman


For more information about the UHSAA's RPI system, visit the FAQ page here. 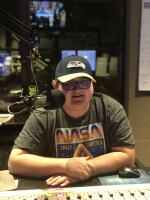 Kyle Maguire
Every other Saturday, 8-12AM
See stories by Kyle Maguire