How to "Show Them You're Good: A Portrait of Boys in the City of Angels" with Author Jeff Hobbs

In this episode of The Mountain Life hosts Lynn and Pete are joined by journalist Jeff Hobbs who, in his research, accompanied four high school seniors at two very different schools within the city of Los Angeles--the second largest school district in the nation with nearly 700,000 students. Writing with heart, sensitivity, and insight, Hobbs captures the challenges and triumphs of being a young person confronting the future—both their own and the cultures in which they live—in contemporary America. His new book is called, Show Them You're Good: A Portrait of Boys in the City of Angels.

Public Affairs Jeff HobbsShow Them You're Good: A Portrait of Boys in the City of Angels.

Lynn Ware Peek
Lynn Ware Peek is a long-time contributor to KPCW. She joined the station in 2008 with Tales from the Wasatch Back, was a reporter from 2012 to 2016, and co-hosts and produces two of KPCW’s Public Affairs Hour shows, The Mountain Life, on health and lifestyle, on Wednesdays and Cool Science Radio, tackling science and technology every Thursday.
See stories by Lynn Ware Peek 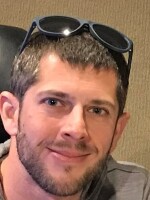 Pete Stoughton
Pete Stoughton is the Brand Relations Manager at Trail and Ultra Running as well as the Director of Programs at CCPC. Basically, he is the behind the scenes guy at TAUR. When he's not getting his TAUR on, or running 2-3,000 miles a year. His own personal running ranges from 100 mile races to track workouts. Nevertheless, a scenic run with friends is were he finds inner peace.
See stories by Pete Stoughton