This show transitions from winter to spring. Maura Robbins and Sean Beard are in to get us excited about getting a team together for Park City Education Foundation's Running With Ed fundraiser. Spring also brings golf season. Christopher Johnson, Certified Personal Coach with GolfTec helps us "swing into spring". Then Jan Mitchell is here to cheer on the Youth Sports Alliance 'Team Park City' Olympic and Paralympic Homecoming Parade. 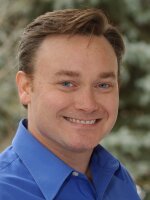 John Burdick
John is a graduate of The University of Southern California School of Dramatic Arts and started with KPCW as a volunteer DJ in 2002. At that time he was the Thursday 10am-12pm DJ on air every week until 2008. He rejoined the KPCW team in 2010 when the station started the public affairs shows. His show “Fun Friday”, which he co-hosted with Jan Williams, ran from 2010 until 2014. "Fun Friday" was recognized by the Utah Broadcasters Association for the best radio personality or team from 2011-2013. He and Jan also produced, engineered and voiced multiple pledge drive campaigns and promo spots which won 15 UBEE awards for the station from '08-'13. He is excited to rejoin KPCW as a full time Assistant Program Director and Volunteer DJ coordinator in starting in 2017.
See stories by John Burdick
Related Content