Park City traveled to Olympus Friday night looking to extend their win streak to four, and to spoil the homecoming festivities for the Titans. Park City started the scoring early on with Chase Beyer connecting with William Mccurdy for a 14-yard pass for a touchdown. After another unanswered touchdown from the Miners, Olympus got on the board with 47 seconds left in the half. The Miners entered halftime with a 14-7 lead. After the half, the Miner offense and defense kept the heat on throughout the rest of the game. Carson Tabaracci continued collecting touchdowns this season with two more in the second half. His brother, Blake, also got into the scoring action with a 65-yard run for a touchdown with 1:09 left in the game. Park City wins on the road, 35 -14. The Miners, continue their win streak to 4, to improve to 4-3 on the year.

Park City are back home next week for their final home game of the regular season against the Brighton Bengals. Coverage begins at 7pm on KPCW.

Wasatch was looking for their fourth straight, and a homecoming victory going into the weekend, but the Red Devils of Springville had other plans. Wasatch’s defense started the game off with a fumble recovery and ran it back for a touchdown. Springville’s defense responded with a sack, causing a safety. Wasatch entered half time with a 17-15 lead. Both teams scored a touchdown in the third, with Wasatch leading heading into the fourth with a 24-22 lead. Springville turned on the heat, scoring 3 unanswered touchdowns, including converting two, two-point conversions in the fourth. The Red Devils snap the Wasps three game win streak and spoil homecoming, with Springville claiming victory, 45-24.

Wasatch falls to 5-2 on the season and hit the road back to Utah County next week to play the Spanish Fork Dons.

The Braves traveled to Layton this week to take on the Layton Christian Academy Bears. It wasn’t until the second quarter when the scoring started. The Braves defense got the first points of the afternoon after a 60-yard fumble recovery, but missed the extra point. The Bears turned on the heat in the fourth quarter with two touchdowns, including an interception that was returned for a touchdown. North Summit scored late in the fourth, but it wasn’t enough for the win. The Braves fall against the Bears, 19-14.

North Summit falls to 2-4 on the season. The Braves are home next week, to take on the Monticello Buckaroos.

The Wildcats were on the road this week to Bluffdale to take on the Summit Academy Bears. North Summit came into Friday Night with a six-game win streak, looking to continue their perfect season. The Wildcats lead a dominant first half with three touchdowns, including two rushing touchdowns from quarterback Kyler Sudweeks. After the half, the Wildcat defense struck first with Calaby Thompson picking off Summit Academy and running it back for a touchdown. The Bears started to strike back with quarterback Devin Watson throwing for three touchdowns in the second half, with his last one, tying the game, 35-35 at the end of regulation. Overtime rules in Utah High School football is like college, with each team getting one possession to score. Summit Academy took possession first and scored on a 20-yard touchdown pass. Kyler Sudweeks and the Wildcats then took the field, with Sudweeks scoring a touchdown after an 8-yard rush. Sudweeks, then ran the ball in for a two-point conversion, to win the nail-biting shootout 43-42.

South Summit continues their unbeaten season and will be at home next week to take on the American Leadership Eagles. 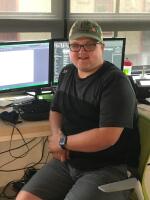