The Park City Miners hosted the Maple Mountain Eagles for their home opener this past weekend, looking to continue their strong play after winning last week against Wasatch.

The Park City Miners played this past Friday for their home opener against the Maple Mountain Golden Eagles and proved that they can win in more ways than one.

The story of the game was rushing. The Miners came out hot, as wide receiver William Mccurdy immediately broke out for a 70-yard touchdown on the first drive of the game. Maple Mountain responded right back with a touchdown of their own on a 30-yard passing play on their next drive. After this back and forth in the first quarter, it seemed to be anyone's game. The Miners however, had other ideas. Running back Brayden Beyer ripped off another huge run for the Miners all the way for a touchdown late in the second quarter, after a timely interception from DB Miles Preston. The Miners finished the half up 14-7.

The second half was slow and methodical, and the Miners held their grip on the lead with strong defense and even stronger rushing plays. The Miners proceeded to score two more rushing touchdowns to finish the night, 26-7. Next week, the Park City Miners will continue their homestay as they take on the Green Canyon Wolves. Coverage starts next Friday at 7:00pm right here on KPCW.

In other football news across the Wasatch Back, the Wasatch Wasps took on the Skyview Bobcats at home. Wasatch, like Park City, found great success on the ground with 4 rushing touchdowns. The Wasps came up big with a dominating 45 to 20 win over Skyview. Wasatch is on the road next week, where they will face the Mountain Ridge Sentinels.

Finally, South and North Summit faced off last Friday in what was expected to be a tightly contested game. However, that was far from the case, as South Summit finished the half up 28 – 0. South Summit coasted to a victory over North Summit, finishing the night 38-13.

South Summit will continue its road trip all the way to Idaho next week to take on the Marsh Valley Eagles in a non-regional contest. North Summit will also be playing the Eagles, but it will be the Layton Christian Eagles at home. 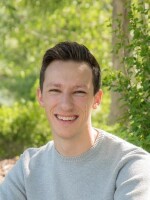