Ever walk along the trails of Poison Creek as you’re heading up to Main Street and wonder where the name came from?

This is Bill Redeker with your weekly Park City History Bit.

Struck by the beauty of the mountain stream flowing from Empire Canyon, Park City’s founder Parley Pratt originally named the waterway “Silver Creek”. But within a few years of mining arriving in Park City, the pristine stream became so fouled by the discharges from the mills, garbage and human waste that locals dubbed it “Poison Creek.” By 1893, farmers in Wanship, about 15 miles away, refused to use Silver Creek water for irrigation. Even today the water is too polluted and too warm to support the trout population that once thrive in its waters.

This Park City History Bit is brought to you by the Park City Museum, where you can explore Park City history every day on Main Street, and sponsored by Julie Hopkins of Keller Williams Real Estate
. 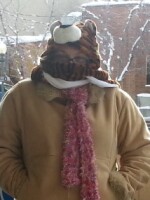