Arts & Culture
Friday Film Review
KPCW sends its most discerning moviegoers to the movies each week to let you know which films are worth going to, and which are a pass. The Friday Film Review airs after the Noon News at 12:30PM and during The Local View. KPCW Friday Film Reviewers are: Barb Bretz, Rick Brough, Mark Harrington, Linda Jager.

Which version of "A Star is Born" is your favorite? This and other pressing movie questions get posed and answered by the panel on this episode of the KPCW Film Roundtable. Hosted by KPCW's own Rick Brough, who's joined by Friday Film Reviewers Mark Harrington and Wendy Gourley, as well as KPCW reporter and token Millenial, Emily Means, the team reviews summer films, remakes and what their sleeper favorites were.

Rick Brough
Known for getting all the facts right, as well as his distinctive sign-off, Rick covers Summit County meetings and issues. KPCW snagged him from The Park Record in the '80s, and he's been on air and covering the entire county ever since. He produces the Week In Review podcast, as well a heads the Friday Film Review team.
See stories by Rick Brough 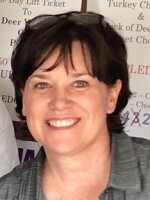 Wendy Gourley
Wendy Gourley loves two things--people and stories. She loves working with the people who support the important work at KPCW and is excited to be part of the team that tells the stories of the Wasatch Back with such passion and care. A writer with a background in arts and events management, she has applied her diverse skills everywhere from the Kennedy Center and UVU, to her latest work with the Ben McAdams’ Congressional campaign.
See stories by Wendy Gourley

Emily Means
Emily Means hadn’t intended to be a journalist, but after two years of studying chemistry at the University of Utah, she found her fit in the school’s communication program. Diving headfirst into student media opportunities, Means worked as a host, producer and programming director for K-UTE Radio as well as a news writer and copy editor at The Daily Utah Chronicle.
See stories by Emily Means
Related Content